Curated Crowd / Journal / What's the story behind Yves Klein's use of monochromatic colour? 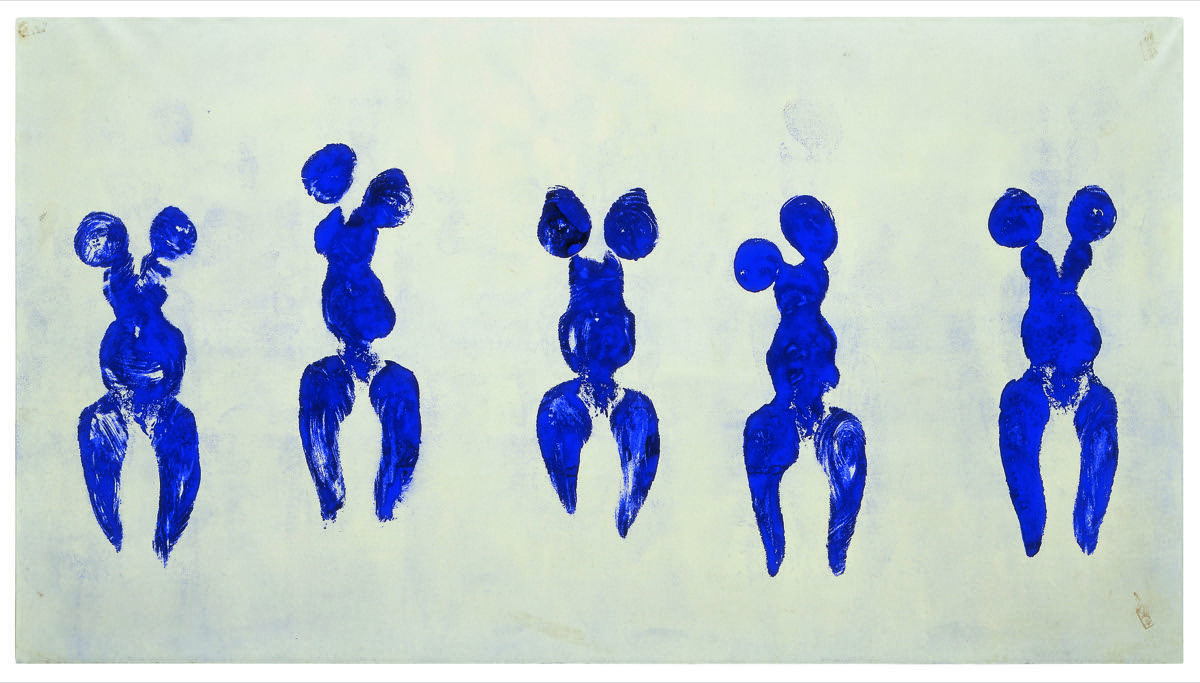 What's the story behind Yves Klein's use of monochromatic colour?

For his using performers to he found freedom in his unadorned canvases. He called monochromatic painting as an “open window to freedom, as the possibility of being immersed in the immeasurable existence of colour.” Looking at his work, you can see there’s something about the canvas that draws you in, his canvas is a brilliant colour that fades the dull colours surrounding it

What's the story behind Yves Klein's use of monochromatic colour?

Yves Klein looked up to the sky and declared it to be his first art work. The hot, striking shade of blue found in sky above the South of France in the summer of 1954 was mixed and trademarked as International Klein Blue. He remains a controversial artist. He was branded a charlatan and a swindler by many in the art world, who criticised his lack of talent and artistry. He pushed back, becoming something of an alchemist, a showman and performer.

The intensity of his canvases is no coincidence. Klein worked with a Chemist to create a polymer binder that could stabilise the effervescent, powdery ultramarine pigment. He called his creation International Klein Blue and became famed for using it on bodies, as well as canvases.

He utilised naked woman as paintbrushes in his Anthropometrie exhibition. Painted in his International Klein Blue, the models imprinted their bodies on sheets of paper, whilst a performance of a solitary note: “Monotone Symphony,” played for twenty minutes, followed by another twenty minutes of silence.

When challenged on the spectacle, Klein said that he used the monochrome to dress the women, it's a remark on the thin boundary between the figurative and the abstract, and that they were “simply expressive prints of bodies” and not the dramatic expression of untasteful experiences the press labelled them.

Creating Freedom- or a void?

Klein called his monochromatic painting as an “open window to freedom, as the possibility of being immersed in the immeasurable existence of colour.” Regarding his work, it’s easy to be drawn into the canvas. It takes a while for the eye to settle on it, it has to first render everything in the periphery slightly flatter, the colours of everyday life have to wash-out to make room for the sheer clarity, and vibrance of the canvas.

However, Klein wasn’t just playing with notions of Freedom, but also of Obliteration. He was an artist in the age of the nuclear threat, and contemporary scholars noted Klein’s obsession with the ‘the void’, the threat of nuclear holocaust depicted in depthless monochromes. “We absolutely must realise – and this is no exaggeration – that we are living in the atomic age,” Klein once said, “where all physical matter can vanish from one day to the next to surrender its place to what we can envision as the most abstract.”

It can be easy to dismiss simple, monochromatic art, or fashion. We just have to pay attention to the details- is their something unique about the colour? Anything exceptional about the cut? Monochromatic pieces have an unrivalled ability to stay relevant because of their purity: Klein’s canvasses look like they could have been produced this week.

We also have a responsibility as a consumer to look deeper, to find the meaning and purpose behind each creation. It is only then that we can wear clothes with integrity, or understand the point an artist is trying to make about the society they live in. The reasons behind a creation, and how it is made, goes beyond how it looks, or how it feels.

You can find work by Yves Klein in the free exhibition space in the Tate Modern, on the Southbank, London.